Perched at the north end of beautiful Sarasota Bay, the Historic Bradenton Beach City Pier and is a favorite of residents a 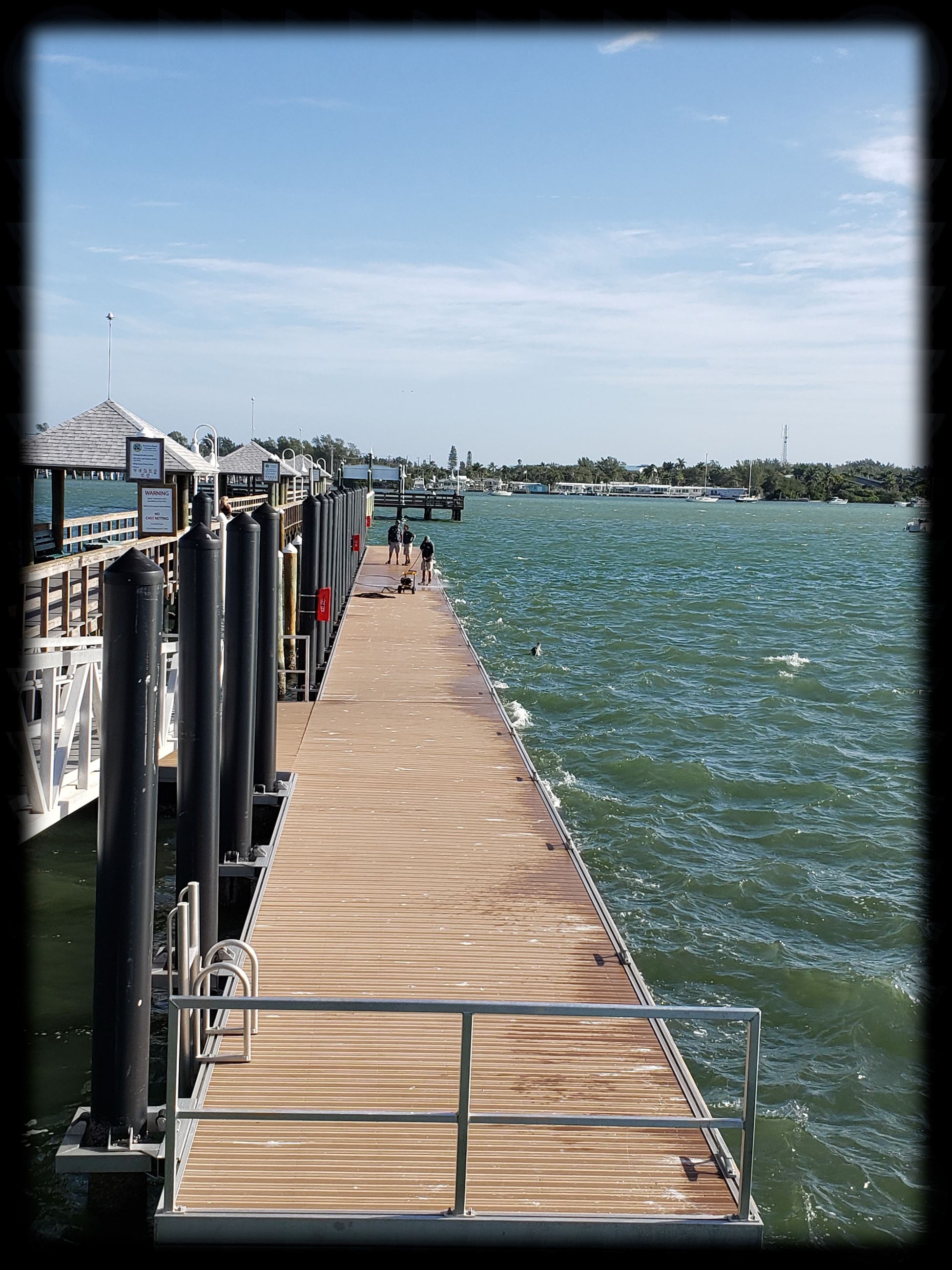 When the original wooden bridge to Anna Maria Island was replaced with a draw bridge, the island side of the bridge was retained to create a fishing pier. The restaurant was added later and has become one of Manatee County's most popular eating spots.

The City Pier features tremendous views and great fishing. Live bait, supplies and tackle will be available when the new bait shop opens this summer.

The Historic Pier Restaurant suffered structural damage during the Hurricane season of 2004 and after a 2.2 million dollar renovation it reopened with ribbon cutting ceremony on September 21, 2007 officially commemorated as the "new" pier restaurant.

Once again in 2010, disaster struck the pier in the form of a number of runaway boats during storm season, causing part of the pier to be closed due to structural damage to parts of the pier.

In 2014 the City of Bradenton Beach reached an agreement with Manatee County to match funds on the latest complete pier rebuild which was completed January, 2015. Features include a restaurant, public restrooms, retail shop, and a floating day dock.

The restaurant is open and being operated by the Anna Maria Oyster Bar (AMOB).

The Day Dock is a public dock open to boaters on a first come first serve basis that can temporarily dock and visit both the Pier and the many businesses on Bridge Street. An temporary anchorage area is also available on the south side of the Pier for vessels that are too big for the Day Dock facility's with an available dinghy dock.

On the bay end of the pier, the Richard P Suhre Pavilion offers a shady spot to fish or just enjoy a beautiful unobstructed view of Sarasota Bay and it's coastline. The pavilion is also a popular spot for special events such as weddings.

If you are looking for a complete family day out. Come early and stay late!

The City of Bradenton Beach is committed to providing a website that is accessible to the widest possible audience. We are actively working to increase the accessibility and usability of our website to adhere to WCAG and W3C standards. For assistance with records, please contact City Clerk Terri Sanclemente at (941) 778-1005 or email tsanclemente@cityofbradentonbeach.com. Click here for more information on our website accessibility.